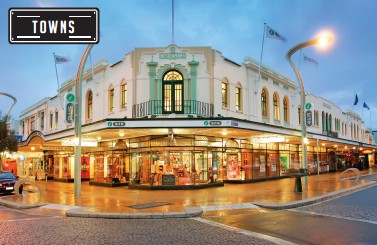 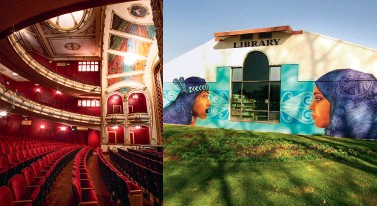 With its temperate climate and excellent growing conditions, Hastings is a great place to live. But much of the region's early history was characterized by conflicts. Rangitāne Māori settled in Hawke's Bay in about the 14th century. After centuries of inter-tribal warfare, Ngāti Kahungunu became the dominant tribe in the region, uniting and making peace with Rangitāne through marriage. Pākehā interests began in 1864 when Thomas Tanner identified the district's agricultural potential and obtained an illegal lease on 17,000 acres of swampland (now the Heretaunga Plains). Thomas divided his land with other businessmen/farmers, who became known as the Twelve Apostles. While he later secured a legal lease in 1867 and purchased his land freehold in 1870, there was opposition not only from Pākehā, who feared a monopoly, but also Māori who claimed he harassed them to obtain the land. Hastings was designed in 1873, and the railway between it and the neighbouring port city of Napier supported the developing horticulture industry and freezing works. There has been a rivalry between the two cities since. When Tanner tried to build a mill in Hastings but failed to find investors, he claimed Napier residents were jealous of Hastings getting ahead of Napier. A Hawke's Bay Herald editorial retaliated by claiming Hastings people were 10 times more jealous of Napier. In 1931, the Hawke's Bay earthquake killed 258 people, 93 of whom were in Hastings. The subsequent rebuild saw many buildings constructed in the art deco and Spanish Mission styles — although it is Napier that holds the annual deco festival. There's still a friendly rivalry between the towns, and each has its own council despite only 20km between them. The Hastings district encircles Napier and extends to Wairoa in the north.