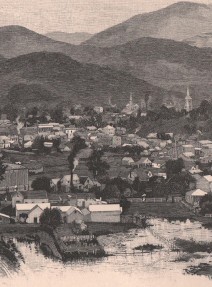 to the Nelson region in the 1300s for seasonal fishing, gathering and horticulture. It is the site of the first recorded contact between Māori and Pākehā, after Dutch explorer Abel Tasman sailed along its coasts in 1642. That encounter did not end well and set the scene for further issues when, in London in 1841, a newly established “New Zealand Company” sold the region's arable land. The plan was that English settlers with capital would develop the area, employing tradesmen and labourers. But when the company explored, it found forested hills and mountains, much of it unsuitable for farming. The lack of productive land led to the first significant armed conflict between Māori and British settlers. Disputes about property boiled over in 1843 when four Māori and 22 Europeans were killed at Tuamarina, 10km north of what is now Blenheim. Those times, however, have given way to a softer origin story for the region's migrants. Often, those newcomers are tourists. On a brilliantly sunny day, they may find themselves gazing out the window as they drive the winding Rocks Road, past Tahunanui Beach and over Tasman Bay. They may stroll up the main street and see quaint hanging baskets outside retail stores and people sitting on public benches at the top of the CBD. They may think it seems like a pretty nice place to live, so they stay. It's like that for many who come to call Nelson home — they want the feeling they had when they first arrived to be permanent. But short-term visitors can also have a taste of the lifestyle. The region is known for its wine, craft beer and markets, artists, and artisan foods and producers. It is a boating city with access to some of the best seafood in the country. There are many walking and mountain-biking tracks, along with swimming holes and beaches galore. There are also many places to get lost — literally, as Nelson borders three regional parks.